The 1916 Societies want to thank everyone that came along to and participated in the events to commemorate the 35th Anniversary Loughgall Martyrs over the weekend. To those who put effort in to organising events, the families, the Tyrone National Graves Association, the bands/colour parties, the caterers, those who rebuilt the monument at Drumferrer, not mention those who stood up to address the crowds, read statements, the Roll of Honour, the Proclamation and so on.

There were some excellent speeches and contributions made which all paid great tribute to the eight volunteers Declan, Seamus, Tony, Eugene, Patrick, Jim, Pádraig and Gerard, as well as Anthony Hughes. Tommy McKearney captured the mood of the day well with his speech “We have gathered here today in the heart of Tyrone not to mourn and not to weep, nor do we cry out in bewilderment, asking for what or for why our heroes died, nor do we lament for the cause they served so gallantly. We have assembled here 35 years since we laid our comrades to rest, we gather to commemorate, to honour their memory and to celebrate their contribution to the struggle for a free sovereign, independent Irish Republic. Let no one tell us their cause failed, or their struggle was a failure, because their heroism and their dedication has ensured the ultimate triumph of their objective and our objective an independent, sovereign Irish Republic.” 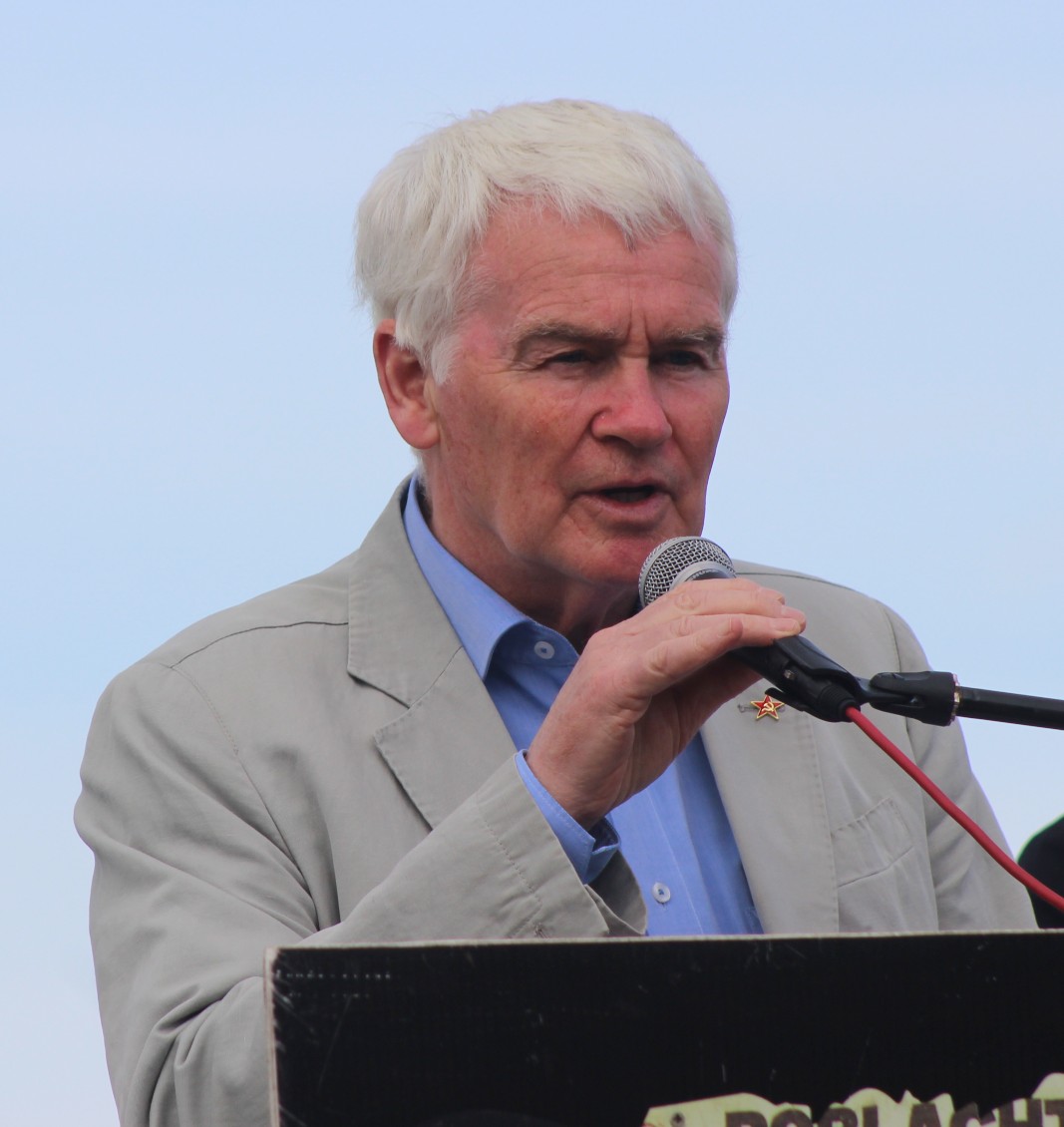 “There are those who are hostile to the establishment and indeed the very concept of an all Ireland Socialist Republic, free from the center to the sea. They have taken vulgar delight in portraying the deaths of our volunteers as defeat, they have taken obscene pleasure in announcing that in their opinion that they buried Republican Ireland on that dreadful Friday evening. Nothing could be further from the truth, let us reflect on those decades of resistance, a volunteer army supported by a loyal community engaged the might of the British empire for well over two decades. Such was the intensity and commitment of the volunteer army and the community that supported it that the British state was forced to commit tens of thousands of regular troops and tens of thousands of a locally recruited militia to engage in the conflict. In spite of that, in spite of the tens of thousands of regulars, tens of thousands of militia, the Irish Republican Army remained Undefeated in the face of such opposition.”

“That by any feat was an amazing achievement, far too often we tend to lose sight of the fact that resistance is within itself a victory. A victory that lies in the fact that those men have left us with a precious and glorious legacy, they have left us with an awesome inheritance, because while some have attempted to reinterpret their struggle it remains beyond doubt that they inserted with their own life’s blood the right of the people of Ireland as stated in the Proclamation of Easter 1916 the right of the people of Ireland to the ownership of Ireland and to the unfettered control of Irish destinies, to be sovereign and indefeasible.”

“It is evident here that the memory of the eight heroic volunteers has not only endured, but it will endure and just among the great number of the young generation present here this evening. A young generation who can only know of the stories of these men by the stories and tales of how they lived and the story of how they died and yet the young generation is inspired and motivated by the legend of the glorious eight. Moreover, we can be sure when we look around us that those young people present here this evening will in turn, someday see their own children and grandchildren gather in memory of the hero’s of Loughgall. They will speak of how those volunteers and their comrades made the occupied six counties ungovernable, ungovernable by Britain’s empire and its local vassal’s, they broke the stranglehold previously exercised for decades by a British backed orange state and prevented the crown going unchallenged in the six counties. Their endeavours disrupted this failed political entity, a situation that evidently endures to this very day and will endure until we have achieved a final victory, because at the heart of this failed constitutional arrangement lies a fundamental contradiction that cannot be resolved. This political entity referred to by others as Northern Ireland cannot be changed, will not be changed and those most adamant about remaining in the Union with Britain refuse to change. They long sought, those who supported the Union with the violence, they long sought to maintain their position by the use of lethal coercion. This was a strategy that was challenged and forever shattered by the heroic efforts by those men we commemorate here today and by their comrades elsewhere.”

“Allow me to briefly refer to the outcome of the recent election here in the six counties, whatever the view that one takes of the result or the value of electoralism or the parliamentary process. It goes without saying that the future of this six county political entity is not simply in doubt but is in reality finished. This century old creation of British Imperialism is entering into its final days, yet the question we must ask ourselves is, what type of Ireland do we build in its place? What type of Ireland is in keeping with the bloodshed of our heroes? Is it enough to merely remove partition, talk of a United Ireland and leave the outworking to those who have sought so long to keep us apart? And to do so for the most reprehensible of reasons. So that they can retain their own position of privilege and power. Do we wish to leave power to those on both sides of the border who would create two Ireland’s, one for the privileged and one for the lesser privileged. No comrades we must pledge our efforts to build a Republic fitting the vision of those we honour and commemorate today. A Socialist Republic the vision of Clarke and Connolly, the Republic of Arthurs, Donnelly, Gormley, Kelly, Kelly, Lynagh, of Kearney and O’Callaghan.”