The 1916 Societies through their Dublin based affiliate the Seán Heuston Society have organised a National Hunger Strike Commemoration to commemorate Thomas Ashes 100th Anniversary as well as the other 22 Irish Hunger Striker who died as political prisoners while in gaol.
This event will take place on the 24th September at 2 pm and it will meet at the GPO on O’Connell Street and proceed to Glasnevin Cemetery. The Main speaker will be former Hunger Striker Tommy McKearney. 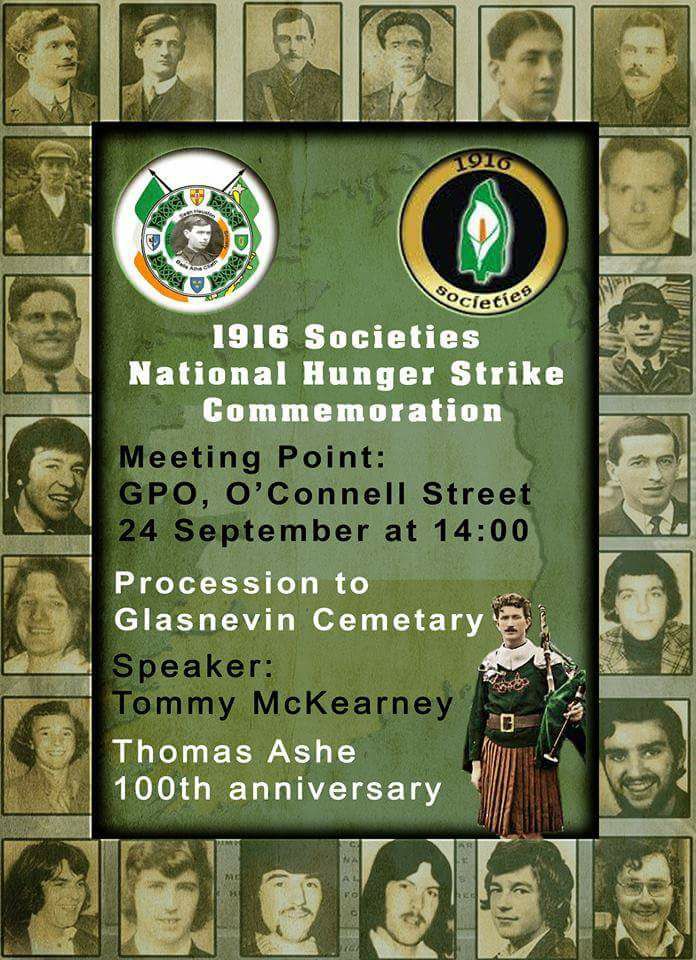