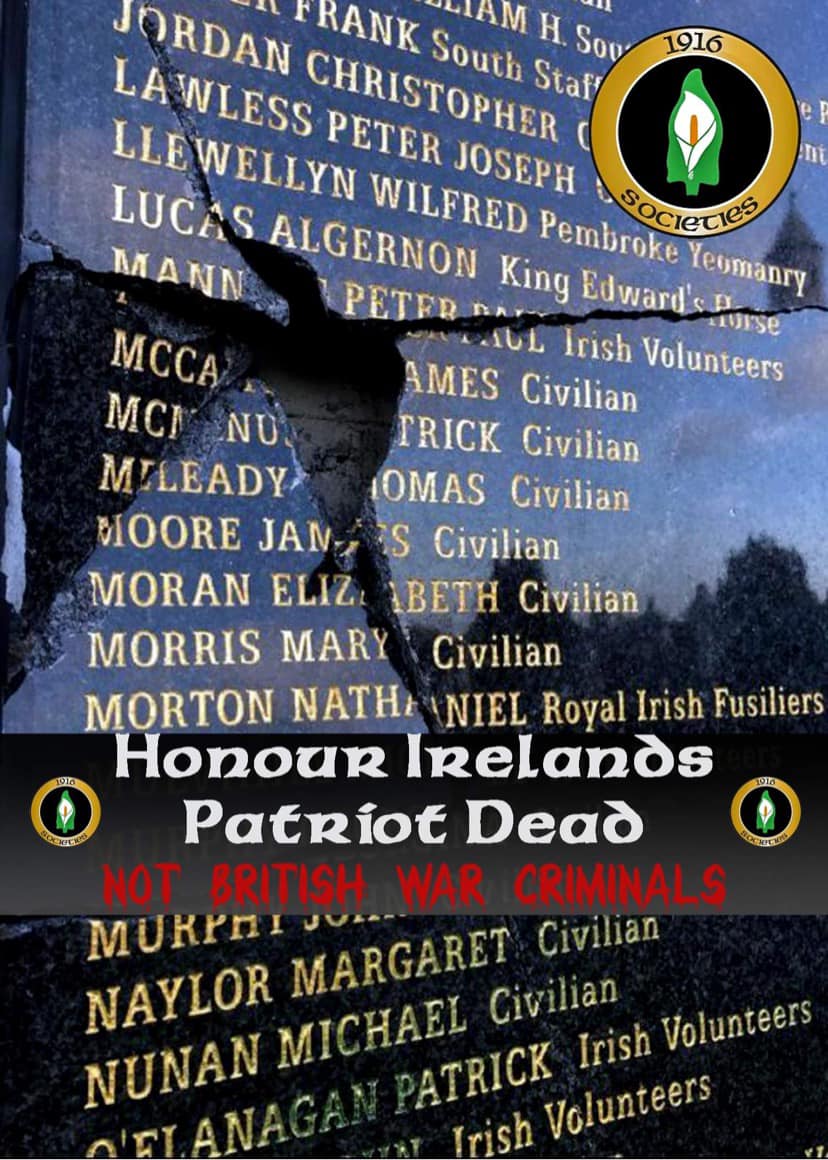 An article by Pól Scannell, chairman of the 1916 Societies.
Post colonialism is the critical academic study of the cultural, political and economic legacy of colonialism and imperialism, focusing on the human consequences of the control and exploitation of colonised people and their land. Ireland is seen as a test case by many academics in relation to postcolonialism. Many academics have described many Irish people as having a third-world memory in relation to its colonial past. Ireland is seen as a test case of postcolonial theory, because historically Ireland was not perceived as being on the same level as other European countries and therefore the Irish race was perceived by the British as a racially inferior people on a par with African and Asian subjects, often depicted as an ape like race.
This led to some Irish people adopting British culture in order to be viewed as loyal subjects by their British masters, a form of social climbing, this in turn led to opportunities for those who willingly embraced the trappings of empire. This homegrown capitalist class have been given many different names over the centuries Gombeens, Shoneens, Garrison Class, Castle Catholics, Redondites but are now most commonly referred to as West Brits.
From the sixteenth through the nineteenth century, Britain developed an empire on which they claimed the “sun never set,” subjugating native peoples from the America’s to Africa, Asia and Australia. Ireland was Britain’s first colony and where they perfected their colonisation plan for the rest of the world.
Ireland’s native population had a clan-based system and a legal system known as the Brehon laws. This system survived even after the Viking invasions of Ireland between the seventh and eleventh centuries and even continued after the Norman invasion of Ireland in 1179. Norman settlers in Ireland intermarried with the native Irish and integrated into Irish society, embracing Gaelic culture and language.
The real decline of native Irish clan based system and Brehon Laws came after the arrival of mostly Scottish Protestant planters in Ulster in the seventeenth century. Beginning in 1603, the Plantation of Ulster allowed these planters to take over the lands of native Irish gaels.
Unlike previous invaders and plantations these Scottish and English Protestant planters regarded the Irish as inferior because of race and religion . The newcomers rarely intermarried with the locals. In 1649, when Oliver Cromwell’s new model army arrived in Ireland, the result was a brutal campaign of genocide.
A few decades later in 1690, the military defeat of Irish Catholic forces at the Battle of the Boyne allowed Britain to impose the Penal Laws on Ireland. They banned Catholics from public office and the legal profession, limited their opportunities for education and for practicing their religion. To escape these draconian laws many Irish converted to Protestantism and embraced British culture.
The partition of Ireland one hundred years ago handed power to the descendants of the Scottish and English planters in the six counties of Ulster and to the counter-revolutionaries in the 26 counties, the Redondite Garrison class, they took control with the blessing of the catholic church creating two sectarian partitionist states.
The post colonial theory helps to explain the mindset of these people in the 26 county state, it explains why they have remained subservient to their former British masters, even as they side with European unions capitalist interests against them at the moment.
It explains why they embrace the British monarchy with such pitiful subservience. It explains why they attempted to honour the memory of the RIC/Black n Tans in Dublin castle and explains why they would attempt to build a monument containing the names of British war criminals alongside the names of Irish Republican Volunteers and non-combatant innocent civilians.
A Wall of Shame
Only the warped post colonial mindset could envisage that this flawed historical narrative would be acceptable to the Irish people.
No amount of historical revisionism can hide the fact that British crown forces committed war crimes, murders, rapes and pillage during the revolutionary periods from 1690 to 1798 to 1916 and indeed right up to the present day. The mindset of these people to think that the names of these British war criminals would be acceptable alongside our patriot dead and innocent civilians is mind boggling. When details emerged of the proposals for their so called necrology wall in Glasnevin cemetery overlooking the graves of our patriot dead it created widespread opposition among Republicans and the Irish people, the Glasnevin trust steamed ahead with plans to include crown forces on the monument with the full support of successive Fine Gael and Fianna Fail governments, the outcome was as predictable as it was inevitable. As news emerged that the Glasnevin trust has finally listened to the wishes of the people and abandoned the project. A false narrative has emerged that Republicans were opposed to the names of innocent citizens and in particular children killed during Easter week. The only opposition was to the names of crown forces.
We in the 1916 societies endorse the proposal made by Republican political party Éirigí in calling for the wall to be repurposed to remember all the civilian non-combatants who died during the revolutionary period from 1916 to 1923.
We can guarantee that such a repurposing would not only provide a long term solution and an overdue public acknowledgment of the civilians and children that were killed during that period of our history. It will give the relatives of these people a place to remember them in peace and dignity.
It will also end the cynical exploitation of these relatives by the likes of RTE’s Joe Duffy in order to promote his book sales.
In the event that common sense prevails and the proposed repurposing of the wall is agreed, we in the 1916 societies offer our services as intermediaries between Republicans and the Glasnevin trust to ensure a satisfactory outcome for all.
Sign our Petition | One Ireland One Vote