On Sunday 11th February, the Matt Fitzpatrick, 1916 Society, Newtownbutler, organised a commemoration for their namesake Matt Fitzpatrick at St. Patricks Graveyard, Drumalee, Belturbet, Co. Cavan. Which was followed by a talk on the life and times of Commandant Matt Fitzpatrick. The event was chaired by Eamon McPhilips and the main speech was from former Republican Prisoner Colm Lynagh; 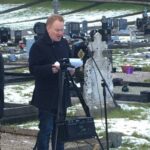 “Comrades it is a great privilege to be invited here to speak at the grave of Commandant Matt Fitzpatrick. A member of the Irish Republican Army, who gave his life in defence of his country, of freedom and the Irish Republic as declared in 1916. To which we give our allegiance. Matt Fitzpatrick was just 25 years old when he was cut down by British forces not far from here at Clones Railway Station on the 11 February 1922. However short the life of Matt Fitzpatrick, it was not uneventful. In a few short years from first Volunteering in the Republican Army, Matt had led the fight for freedom in Monaghan and Fermanagh. Taking part many successful operations against the might of the British Empire. His courage and leadership led to his rising through the ranks of Óglaigh na hÉireann, eventually becoming Officer in Command or Commandant. It is not possible here to detail the many heroic actions and bravery of Matt Fitzpatrick. His active service included heavy close quarter and fatal combat with the enemy attacking and defeating numerically superior forces. Capturing of Crossley tenders, dangerous reprisal arrests of armed unionists and raids for arms. Indeed in one such action, Matt was shot and wounded and eventually captured. Only to stage a daring escape from military custody and return to a life on the run and endless self-sacrifice.”

“Matt Fitzpatrick was not always a guerilla leader. Born into a loving family in Kilgarrow, Newtownbutler, he no doubt expected and hoped for a long, happy and peaceful life in the company of his family. Unfortunately, Matt Fitzpatrick did not live in a peaceful country. He lived in an Ireland ravaged by British Imperialism where the land, wealth and resources of the country had been seized by the armed force of a foreign power. Overturning the collective ownership of land and resources, as had been the custom in Ireland for millennia. To be replaced by landlordism and eventually capitalism resulting in the enforced impoverishment of Ireland for the benefit and enrichment of the British ruling class. He lived in a land that had experienced forced plantation, sectarian administration and privilege. A land that had witnessed the deliberate starvation of millions, the expulsion of millions more and the denial of our political, civil and cultural rights. Although, he also lived in an Ireland that had a rich tradition of resistance and armed resistance. He came from a tradition which understood that imperialism could not be reformed into something palatable. Rather it had to be opposed with equal force to that which imposed it.”

“Like his comrade James Connolly who hailed from the neighbouring village of Newbliss, he had no doubt learned of Tone, of the United Irishmen and their vision of an Irish republic uniting Catholic, Protestant and Dissenter free from British manipulation and deliberate division. Matt Fitzpatrick as a Volunteer in the Irish Republican Army swore allegiance to the Irish Republic as proclaimed in Easter 1916 based on belief in the right of the people of Ireland to the ownership of Ireland, and to the unfettered control of Irish destinies, to be sovereign and indefeasible. This declaration is based on a clear understanding of British imperialism as a force driven by the desire to plunder the wealth and resources of the Irish people and a clear understanding that only economic, as well as political freedom, can restore Irish sovereignty.” 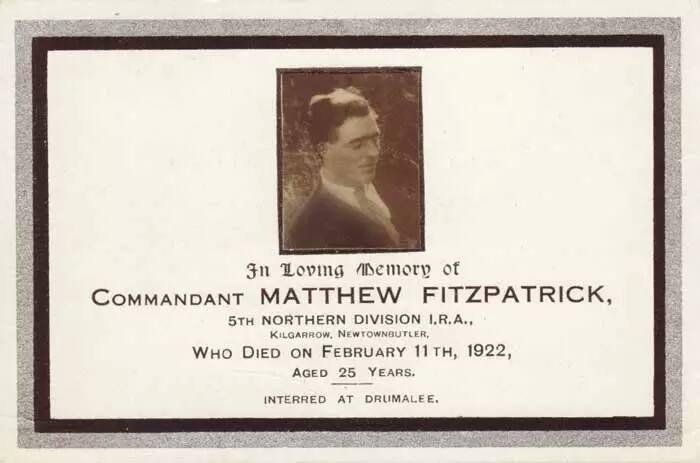 “The question is, what did the signatories who proclaimed the Republic so bravely at Easter week mean by economic freedom and the right of the Irish people to the ownership of Ireland?. Pearse himself in his last writings before his death wrote that decision on which form of government a country chooses must rest with the People and be exercised through free elections but he said that it makes as much sense for working people to vote for capitalism as it does to vote for people who only get up on Tuesdays! Connolly went further in defining economic freedom and his writings have proven prophetic He said that If you remove the English army tomorrow and hoist the green flag over Dublin Castle unless you set about the organisation of the Socialist Republic your efforts will be in vain. England will still rule you. She will rule you through her capitalists, through her landlords, through her financiers, through the whole array of commercial and individualist institutions she has planted in this country and watered with the tears of our mothers and the blood of our martyrs.” 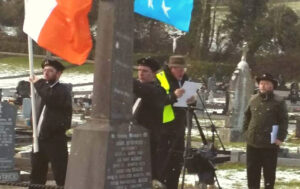 “Matt Fitzpatrick must have hoped, as accepted the hand over by the British Army to the IRA at Clones in the December before his death, that this would lead to full freedom. It is possible that he may have believed Collins when he claimed that the treaty with Britain, surrendering the six counties and accepting dominion status, would be a stepping stone to the eventual Irish Republic. History has shown it did not; the continued partition, the denial of national democracy, the forced acceptance of the sectarian northern state and its sectarian institutions at Stormont, the forced acceptance of the right of Britain to rule Ireland. The terrible consequences of its misrule proven daily. Imperialism still controls us in the north by direct military intervention and with the help of its lackeys who accept the cruelty of British imposed austerity with barely a whimper. As in the South, as Connolly predicted, through her capitalist, through her landlords, through her financiers: in Ireland today while working people struggle to survive, struggle to find a job, struggle to feed their families, struggle to keep a roof over their heads. Just as during the great hunger when the grain ships left Ireland to be sold for profit while Ireland starved, the vast resources of the country are stolen by multinational companies and foreign capital to be exported into the greedy hands of the ‘One Percent’.”

“The pretense by some that the conditions now exist for democratic progression to Irish sovereignty, through the ‘temporary’ acceptance of British rule, is farcical. Just as the claims of the ‘Redmondite Home-Rulers’ who claimed that Britain would afford Ireland freedom if we were to spill our blood at Flanders or the Somme for King and Country. Just like the claim that the treaty Matt Fitzpatrick was told in 1921 would be a stepping stone to freedom, is farcical. As Republicans, we know that no amount of compromise with the imperial master can ever deliver freedom. Let us have no doubt that Britains interest in Ireland remains the same as those that brought them here, that is, the material enrichment of itself and specifically its ruling class.”

“Comrades, these same apologists for imperialism, will tell you that the six counties are a financial burden to Britain, that Britain wants to leave! But don’t be fooled this is the latest version of the old line developed by imperialism to disguise its shameful crimes characterising its victims as ‘the white man’s burden’. Britain not only maintains strategic interests in Ireland but also holds the six counties as a reserve of cheap labour essential to the maintenance of its economic system by deliberately stopping the development of the Irish economy while London thrives. The truth is in fact that Britain is Ireland’s Burden. These same forces and deceivers now, along with appeasement of our imperial masters, now sell the false truth of deliverance from Britain through the support of the European Union. We have witnessed in our time the Imperial intent of Europe as it represented the interest of banks, gangster capitalists and international profiteers against the Irish people on the threat of starvation. The south is still under the cosh of the European Troika which foisted the ordinary people of the 26 counties with a debt not of our making of billions in order to save their own economies.” 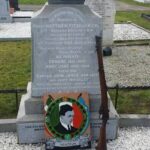 “Let us not throw off one imperial ruler only to surrender to another. Just as subservience to Britain cannot deliver us freedom, neither can an institution built and designed to serve the interest of the German, French and other ruling classes ever bring us freedom. As Irish Republicans we must assert our right to rule our own country in our own interests without malign interference from Britain, Europe or anywhere else. We must direct our action to any efforts that will deliver the Republic of 1916. A Republic where all of the children are cherished equally, where the resources and the wealth are used for the benefit of all not the few. Let us here at the grave of our fallen comrade rededicate ourselves to the cause of Irish freedom and the establishment of a democratic socialist republic.”