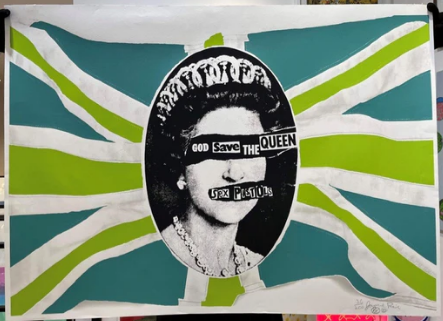 The recent passing of the British Queen brings into sharp focus the evermore docile nature of political leadership here on the island of Ireland, Britain and across the Western Democracies. Instead of obsequiously fawning over the monarchy, members of the political establishment should be calling for its abolishment as a dynastic relic. Yet they pay homage to a woman who once declared she would devote her life to “services of our great imperial family” in other word the British Empire and vestiges of Colonialism and White Supremacism. Here is a reminder of some the British Monarchies crimes against humanity;

This barely touches on what the Head of the British Establishment oversaw as Britain attempted to bolster its imperial interests, but a common trait is found amongst all of its massacres, it rewards the butchers who carried them out.

The very nature of Royalty, of a Feudal Society, the notion that someone had some right to rule over others because they had obtained misappropriated wealth, title and status or that the even more ridiculous notion that they had a divine right. The Monarchy should be a relic of a mediaeval, savage and barbaric bygone era. The British Monarchy no longer holds onto the power they once had and in some ways they may be regarded as nothing more than a figurehead in terms of modern Political power and Economic clout. All the same, they still hold onto a lot of power and wealth, Governance in Westminster and its Colonies which can only happen on the whim of the British Monarch. The British Crown owns titles on a sixth of the world’s land, 6.6 Billion acres. They own the mineral rights as well as controlling the granting of prospecting licences. Several ecological disasters are directly due to mining in Canada and Australia in recent years, from Which the crown estate has profited. The Crown Estate since 2014 has granted prospecting licences across 25% of Occupied Six Counties.

Perhaps it should not surprise that the political class lack any sort of backbone in the current corrupt political landscape. After all, we do live in the era of Neoliberalism, dog eat dog, every man/woman for themselves and to hell with the consequences for those left behind in the destruction of the world. Following the 2008 crash where unregulated banking and speculation caused the economy to come crashing down, Western Governments bailed out the banks causing the biggest transfer of wealth in human history from ordinary working class families to richest people in society. Politicians in Leinster House allowed the people of the 26 Counties to be lumped with 42% of the European banking debt, on par with Charlie Haughey who gave away Ireland’s oil for a pittance. Just to give an idea of how badly the political class has failed ordinary people, at the Millennium 1% of the world’s population owned 40% 0f the world’s resources by 2021, 5 men owned 50% of the world’s resources. The rich are getting richer and the poor are getting poorer.

The British State has a clear use for its anachronistic institutions, they are used to send a message, know your place. They reinforce the idea of inequality and in fact revel in it. The British establishment has deployed all of its resources available to the state to enforce a period of mourning on its “subjects” with 24 hour rolling propaganda on all channels and ever absurd witterings and sycophantic ramblings from a host of bootlicking sleveens, with the six counties and free state establishment joyfully nodding along.

In the midst the worst economic crisis facing our class, it is worth remembering the words and sentiment in the 1867 Fenian Proclamation:

“Republicans of the entire world, our cause is your cause. Our enemy is your enemy. Let your hearts be with us. As for you, workmen of England, it is not only your hearts we wish, but your arms. Remember the starvation and degradation brought to your firesides by the oppression of labour. Remember the past, look well to the future, and avenge yourselves by giving liberty to your children in the coming struggle for human freedom.

Herewith we proclaim the Irish Republic.”