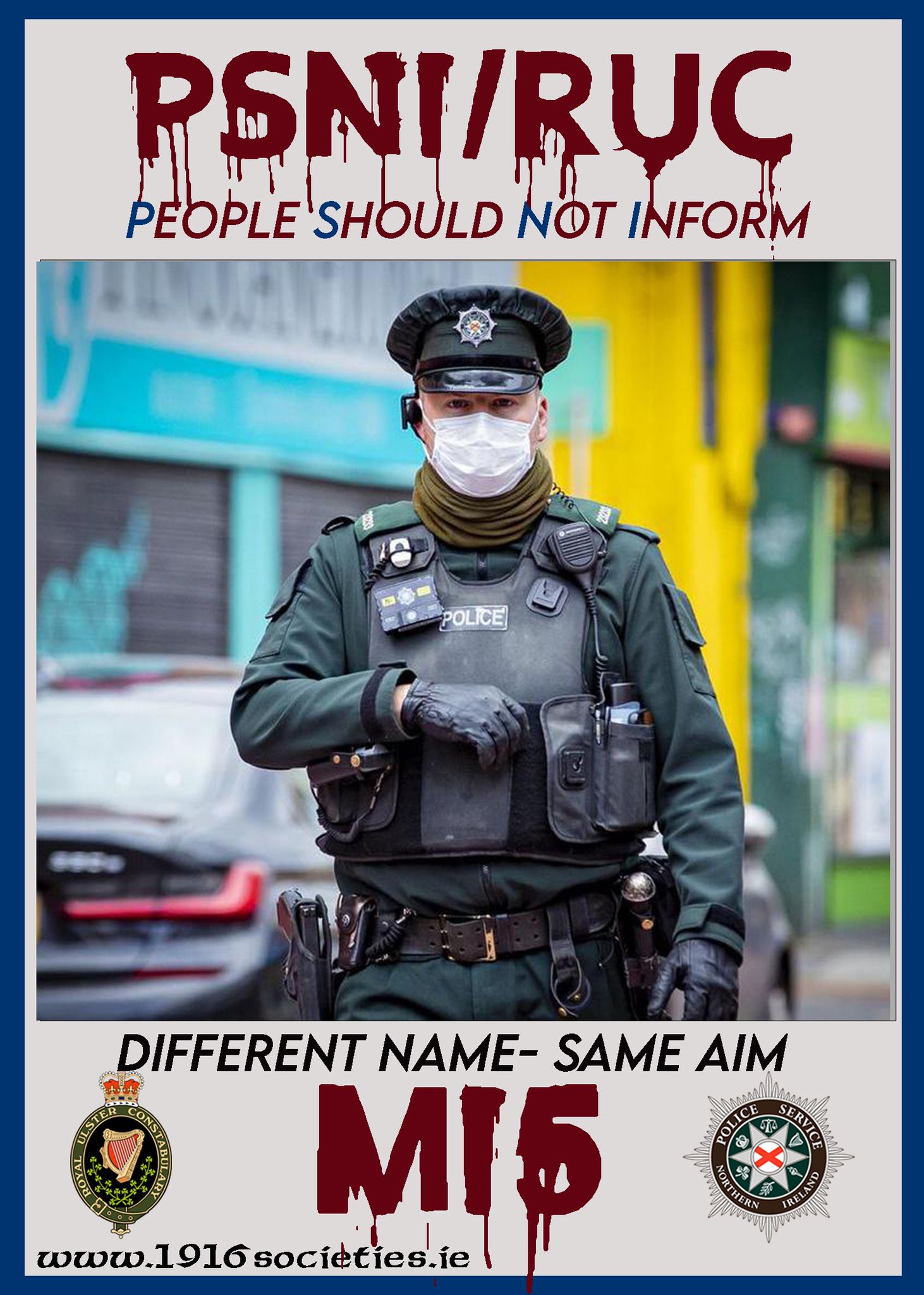 People should not inform: The PSNI may have a different name but they still have the same aim. They still harbour the same old discriminations and bigotry. Fundamentally at their core they are still controlled by an unaccountable MI5. There can not be justice whilst such an unaccountable force exists on this island.

Republicans and Nationalists know all too well the dangers of such a force being let loose on our community. The PSNIs own figures show that nationalist and republicans are more likely to be arrested and charged than others. As such the 1916 Societies calls upon people to not  engage with such an organisation.