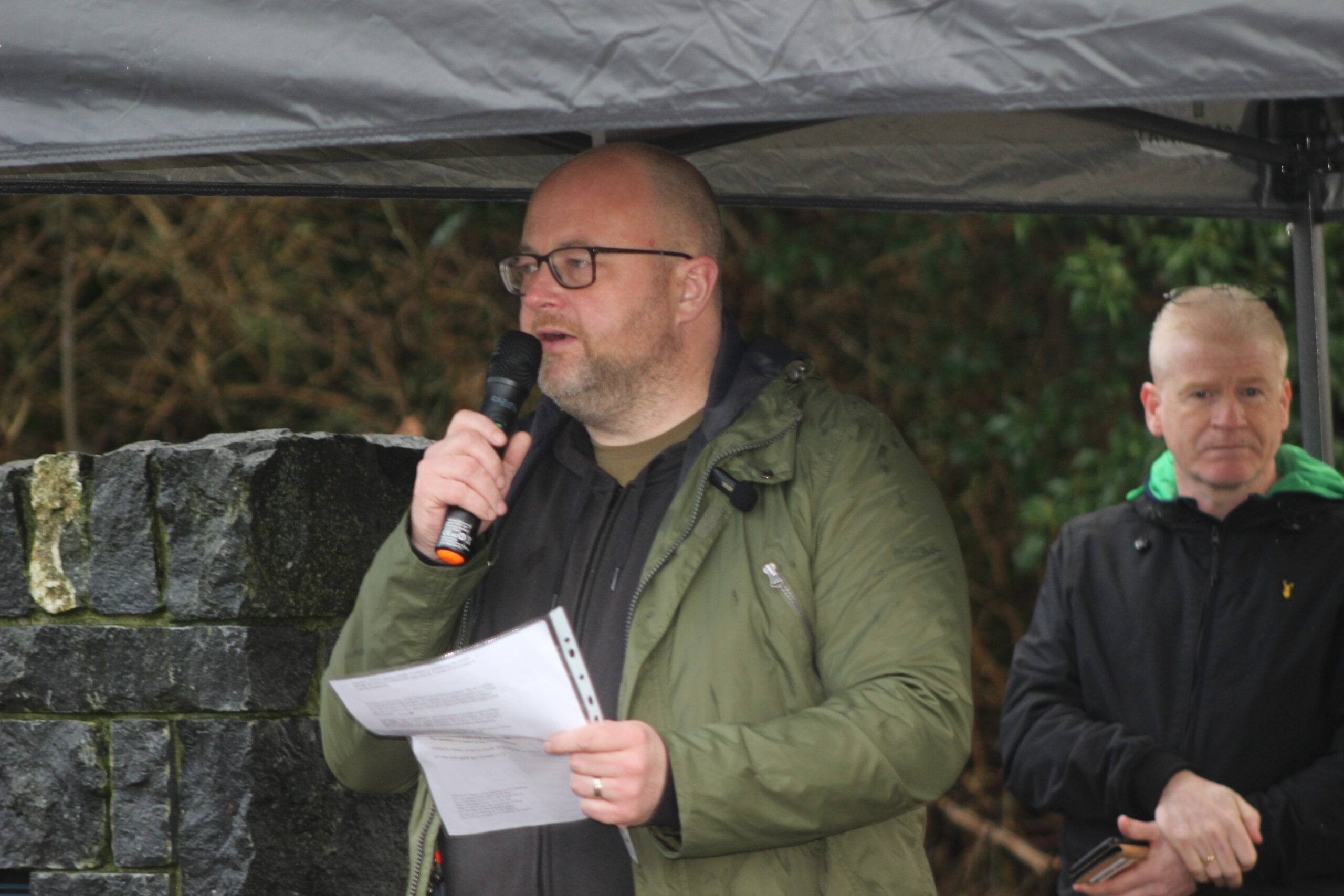 We are living through the centenary of the Civil War. Though you’d be forgiven for thinking that it was a minor issue in our history if you were to follow the coverage in the media. The narrative given out is that both sides were as bad as each other and both sides believed they would achieve the Republic. This is most certainly not the case.

The Free Staters were armed by and to a large degree acted at the behest of the British. They were Britain’s proxies used to do what the Black and Tans had been unable to do.

The Republicans fought to defend the Republic – to defend the spirit of freedom in the Irish people. Instead of standing aside, the Free Staters sought to control the people. The system they set up in the 1920’s and 30’s would serve them and Britain well. Many were consumed and entranced by this illusion of freedom.

100 years ago the Republican ideal was attacked by Free Statism. The Free State mentality would tell you that an accommodation must be made with Britain, that the Republic is not achievable, that we need treaties/agreements and endless propping up of British rule in Ireland.

There are many similarities in modern Irish politics. The Republican ideal remains under threat. Similar language is used

All to dampen, stymie and hold back our people desire for freedom. The Free State institutions and likewise 6 county institutions have been and are used to hold back the freedom of Ireland.

Reactionary elements are dressing themselves in Republican clothes – using our national flags, our music, our patriot dead to exclude and marginalise. We must resist attempts by these modern day blueshirts to cloak and disguise racism and hatred as patriotism.

We stand proudly Irish. Ours is a republic for all, regardless of race, gender, creed, sexuality or class. Our dead generations of Irish Patriots died to rid our land of British rule and tyranny not to replace it with Irish tyranny and supremacism. We cannot rid ourselves of the oppressor by becoming an oppressor.

As we stand here at the 1916 monument we remember the proclamation and we cherish all the children of the nation equally.

Our people must demand freedom

The Republic can be achieved, it can be a reality. A Republic of the people, for the people!

We have the confidence to demand a 32 county democratic socialist republic.

We demand the immediate re-unification of Ireland. An Independent Sovereign Republic. Britain imposes a border in Ireland by partitioning the country through the threat of violence and subjecting six counties of our country to ongoing British rule.

Partition of our country is the cause of our political problems. The six counties are and have been ungovernable. All attempts at so called normality have failed and will continue to fail in the future. This is because the partition of Ireland was and is undemocratic. Britain continues to deny the democratic rights of the Irish people.

Irish Unity is now an imperative. The Irish people must take control of their own destiny. 2023 will be a very important year in our history. We must go forward confidently and without hesitation. We must go forward and talk to fellow countrymen and women. To promote and embrace the Republic.

As many will bow and scrape and tug their forelock as Charles Saxe-Coburg-Gotha is installed on the English throne. We must resist all

power and privilege passed on as a birth right.

We serve neither King nor Kaiser but Ireland!

The Republican ideal is where power lies with people regardless of their paternity. A Republic of the people and for the people.

I thank the Eithne Coyle Society for giving me the opportunity to speak to you today here in Lifford at this fine monument. I thank you all for listening but most importantly for attending here today.

Your attendance is in defiance of British rule in Ireland.

Your attendance is in defence of the Republic.

Your attendance is in support of Irish Freedom and Unity.