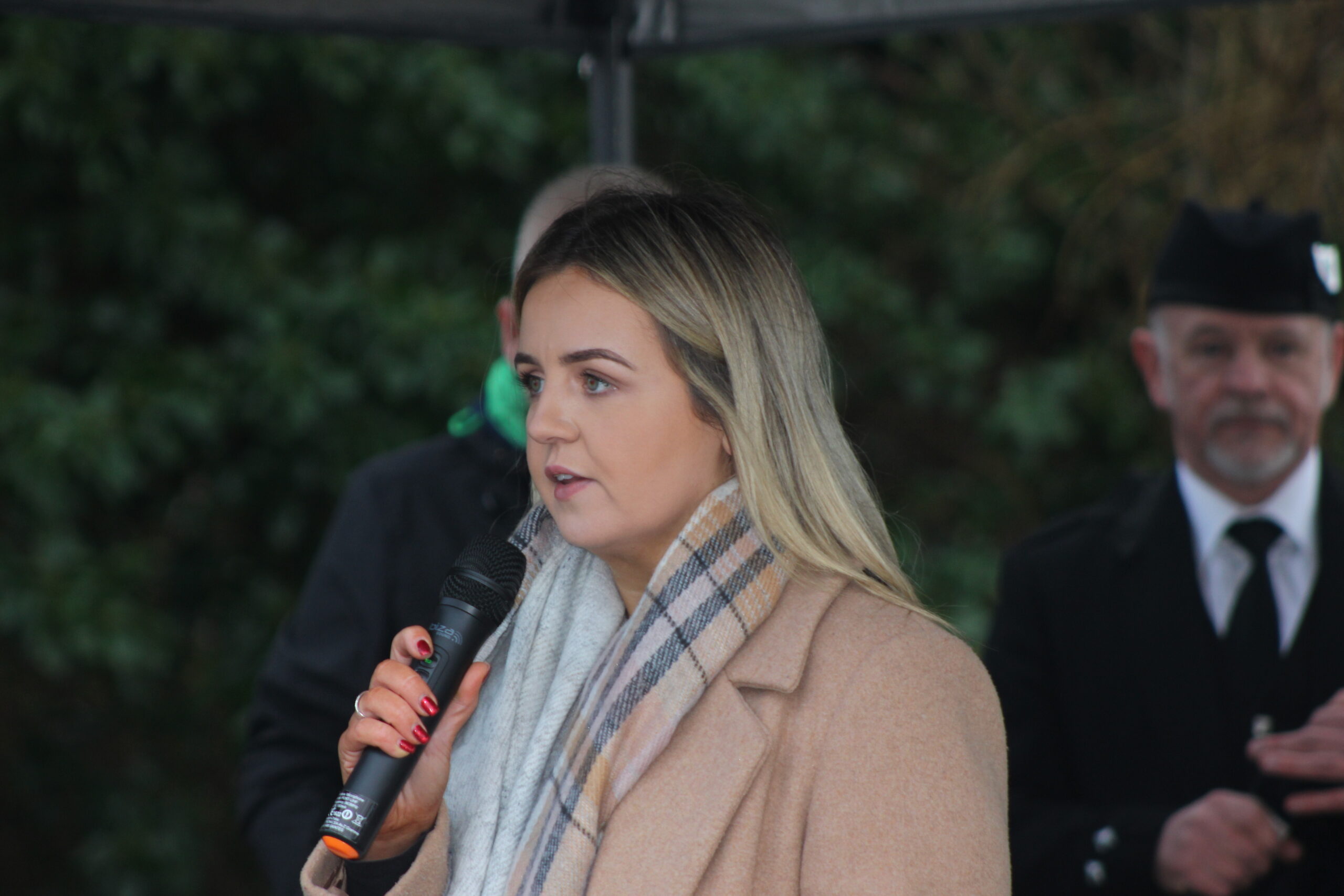 “Ireland shall be independent. We shall be a nation, not a province; citizens not slaves. Every person shall rank in state according to their merits and talents. Our commerce shall extend into the four quarters of the globe; our flag shall be seen on the ocean; our name shall be known among the nations; and we shall at length assume that station for which God and nature have designed us.” – These words of Theobald Wolfe Tone, ring as true today as they did when he delivered them nearly 230 years ago.

Ireland is a country that has long been denied its basic right to be one unified and Socialist Republic. Imperialists worldwide have plundered smaller countries and peoples to rob them and curtail their freedoms and we know all too well how the colonial powers of our neighbours have constantly tried to subdue the people of this land. We may be small geographically, but we are not small in our aspirations. We as Irish republicans must never give up the fight for which the likes of Joe McKelvey, James Connolly and Eithne Coyle fought for. We will never betray nor sell out the countless men and women who fought and died for an Irish Republic. As Oscar Wilde said, “The problem is the English can’t remember history, while the Irish can’t forget it.”  We will not forget the starvation enforced on our people during an Ghorta Mór, nor will we forget the execution of our leaders in 16 nor will we forget the British created border and partition of our country in the 1920’s.

We demand the reunification and establishment of a country that protects all of its citizens equally. One in which our health care workers and our postmen do not have to stand on the picket line in sub zero temperatures to try and earn a decent living wage. These workers in the not so recent past were once claimed to be the heroes of the front line. However now that they call for a fair rise to their pay, they are attacked by the privately educated and multi-millionaire journalists and politicians.

A Republic where all workers are protected is what we must establish. But we must not be fooled into thinking this is something that can be solved through the current repugnant institutions of Leinster house or Stormont. In 1936, Eithne Coyle herself condemned the economic programme of the government at the time, ‘Which allowed British capitalists to control our native industries and pay starvation wages to our native workers’. Just recently the vice-president of Sinn Fein and first-minister elect, attended the picket line at the South Tyrone hospital in Dungannon for a photo opportunity. She promised that she would support the nurses on strike yet less than 6 years ago, when she was health minister, refused to give these same nurses a pay rise. The pay rise which the nurses are looking is equivalent to 1.6 billion a year. If the Tory government, lead by Rishi and supported by Stormont closed the loopholes exploited by their billionaire donors, they could raise more than 3.2 billion a year. The evidence is clear and simple, it is a political matter not a financial matter to not pay our brothers and sisters on the picket line. I think it is important that we also highlight that the MLA’s in Stormont claimed over £12.5 million in wages and expenses despite not working since May.

Joining the inept and corrupt government in the 26 counties is not the answer either. We only have to look at the recent and pathetic job swap in Leinster house. Two parties both with the same aim – To line the already bulging pockets of the wealthy with the public’s taxes.

It was proclaimed in 1916 and we as Republicans today reaffirm that ‘We declare the right of the Irish people to the ownership of Ireland’. We must build a country where acceptable housing is available to all. Eithne Coyle fought for the rights of the tenant farmers in Donegal and we today will not accept hedge fund managers today being allowed to buy up houses to then rent at extortionate prices. Over 1 billion euro worth of property has been bought by these so called ‘investment’ firms in this year alone. When a tenth of all second-hand homes this year were bought by these spineless and exploitive landlords it is not surprising that in September this year, over 10,500 people were registered as homeless. In Dublin, the average monthly rent exceeds 1600 euro due to these landlords and “investors”. In Donegal, the average rent this year alone jumped nearly 20% to just over 900 euro. We can also not stand idly by and let some local elected representatives line their pockets to the detriment of the health of local people living in houses made of defective blocks. The root of this housing crisis is neo-liberal capitalism and I think it’s fair to say Mao Tse Tung’s land reform definitely got some things right in relations to landlords.

We must establish a world class and free at the point of access healthcare system. We must establish affordable social housing for all to use.  We must create and provide jobs for all our citizens so that our richest asset, our young people are not forced to emigrate. We must be a country that will look after all of its inhabitants, regardless of religion, gender or race or sexual orientation. But this cannot be achieved when the British imposed border remains on this island. The only way we can hope to achieve the aforementioned goals; the only way to realise the vision of the 1916 proclamation and the vision Eithne Coyle has, is through a United 32 County and Socialist Republic. Not the ‘New Ireland or ‘Shared Island’ floated around in the media, nor will it be achieved through today’s 6 county and 26 county free state failures. As Thomas Davis once said, “The Irish nation must be supreme on this island… a mockery of Irish independence is not what we want. The bauble of a powerless parliament does not lure us… the office of supplying England with recruits, artisans and corn shall not be our destiny.”

Two British created territories whose loyalties lie only with the pound will never serve the best interests of our people. The removal of the dividing Irish border is only one small step. We don’t just want a united country that inherits the same housing, health and social issues. What comes to mind is James Connolly’s famous sentiment in relation to changing the colour of the flag above Dublin castle. Unless we go about removing the treacherous, right wing capitalist sentiments from Ireland we will still be fighting for the basic rights of health and housing in a 32 county republic.

I would like to finish with taking inspiration from late leader of the communist party of the Phillipines, Jose Maria Sision, with some words changed slightly for today, “The Irish people shun the master puppeteer for rotating puppet rulers to oppress them. They reject the blatant despotism of Sunak as well as his pseudo-democratic successors who take turns as oppressing the people and serving foreign and local exploiters.”