On Sunday 20th August, the 1916 Societies took part in the Wolfe Tone commemoration in conjuncture with the Peadar O’Donnell Socialist Republican Forum.

A historic day by all accounts, for the first time in a long time the graveside of ‘Tone’ was remembered by such a wide array of progressive elements coming together under one banner.

A common theme among speakers drew upon the radical tradition of Irish Republicanism, no better exemplified by the Wolfe Tone quote which John Douglas the General Secretary of the Mandate Trade Union who give the main oration reminded us of at the end of his speech; 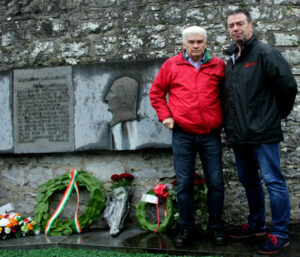 Tommy McKearney give an introduction pointing out the relevance of Wolfe Tone’s grave at Bodenstown reminding us of what Padraig Pearse had said ‘That it was one the most sacred places for Republicanism in Ireland’. 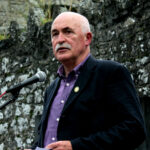 “We gather here to pay homage on this, the 219th anniversary of the death of Theobald Wolfe Tone—the historical founder of Irish republicanism, the person who articulated the necessity for an independent, sovereign Ireland rooted in “the men of no property.”

In October 1791 Tone converted these ideas into practical policy by founding, in conjunction with Thomas Russell, Napper Tandy and others, the Society of United Irishmen. That year he published his Argument on Behalf of the Catholics of Ireland. Aimed principally at the Ulster Dissenters, Tone’s pamphlet called for unity, fraternity, and tolerance, without which the English government would “play upon the terrors of Protestants, the hopes of Catholics and, balancing the one party by the other, plunder and laugh at the defeat of both.”

Though written in 1791, it surely holds true today—how British imperialism continues to use and to sow division to secure its own strategic interests.”

Frankie Quinn, chairman of the 1916 Societies then read out the 1916 P 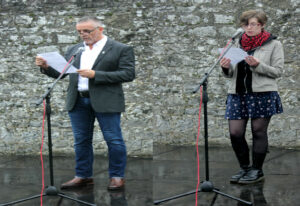 roclamation, followed by poem read out by Laura Duggan from the Connolly Youth Movement, which was written by Thomas Davis in dedication to Wolfe Tone.

McCartan continued ; “Tone and the other United Irishmen embraced the most radical ideas from the American and French revolutions, drawing upon the most advanced radical ideas at that time, best encapsulated by Thomas Paine in his Rights of Man, to find solutions to our people’s problems.

They were not narrow-minded or insular people but internationalists, in the truest sense: they embraced and were active at that time in solidarity with people’s struggles, fighting colonialism, domination, and exploitation.” 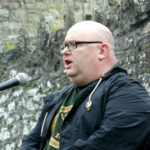 This was followed by Mel Corry of the CPI singing the Internationale. The main oration was given by leading Trade Unionist, John Douglas of General Secretary, the retail union Mandate;

Those freedoms were not a narrow they were based on the principles of the French Revolution; Liberty, Equality and Fraternity. Wolfe Tone and the United Irishmen fought for Liberty for not only Catholics, but also for “Dissenters” such as Presbyterians, Quakers and other oppressed religious minorities. The United Ireland of Wolfe Tone, Napper Tandy, McCracken and later Connolly was egalitarian – it made no tilt towards religion – they had no interest in a United Ireland subjugated by religion, monarchy, class, privilege or capital.

The Unification of the Island of Ireland was not a geographical project of narrow nationalism, rather a unification of the disenfranchised and the impoverished against the tyranny of Colonialism, British Imperialism and Capital. Clearly the vision of Wolfe Tone and the United Irishmen has not yet been fulfilled, as has not yet the vision of Connolly. The Island of Ireland is divided by sectarianism, inequality and exploitation – this did not happen by economic accident – but through economic design.

Ireland has been subjugated by Neoliberalism and Global Capitalism, our domestic sovereignty has been sacrificed on the altar of Capital. Our recent experience in the Republic of Ireland of EU imposed austerity and the plunder of our national wealth, the stripping bare of our social provisions should be a lesson to all, and a rallying call to all – to unite and mobilise.

Our Housing Crisis, our Health Crisis and the level of poverty and deprivation in Ireland are a direct result of the interests of Global Financial Capital being allowed and facilitated by our government to trump the needs, well-being and rights of its own citizens.

Our weak and subservient National Parliament, the Dáil were no match for a Neo Liberal Federal EU – which was able to dictate that all banks were too big to fail and that Irish citizens would shoulder the burden of 40% of all European bank debt. The result of which can be seen every night in the doorways of shops and the back lanes of Dublin where thousands huddle for shelter and food and in the cheap hotels and B&B’s where the growing numbers of homeless families are exiled to exist – out of sight and out of mind.

The phoney Brexit debate, whether in Belfast or Dublin, London or Brussels takes no account of these homeless families or of those living in poverty – a hard border or a soft border is of little consequence to the oppressed or the marginalised. The Brexit debate will be decided within the Capitalist/Neo Liberal framework which has no moral compass as its only driving force is to protect capital and those who benefit from it.

Our task now is to build from the ground up, to educate, to agitate, not to do for those which they can do for themselves – we need to build a movement that is capable and confident and which grows with every victory – that’s why it is vital we complete the victory in the Water Campaign. I believe this is possible, I believe there is a real thirst for change and justice – as Capitalism sinks further into crisis it must be the revolutionary principles of Liberty, Equality and Fraternity which emerges triumphant.” 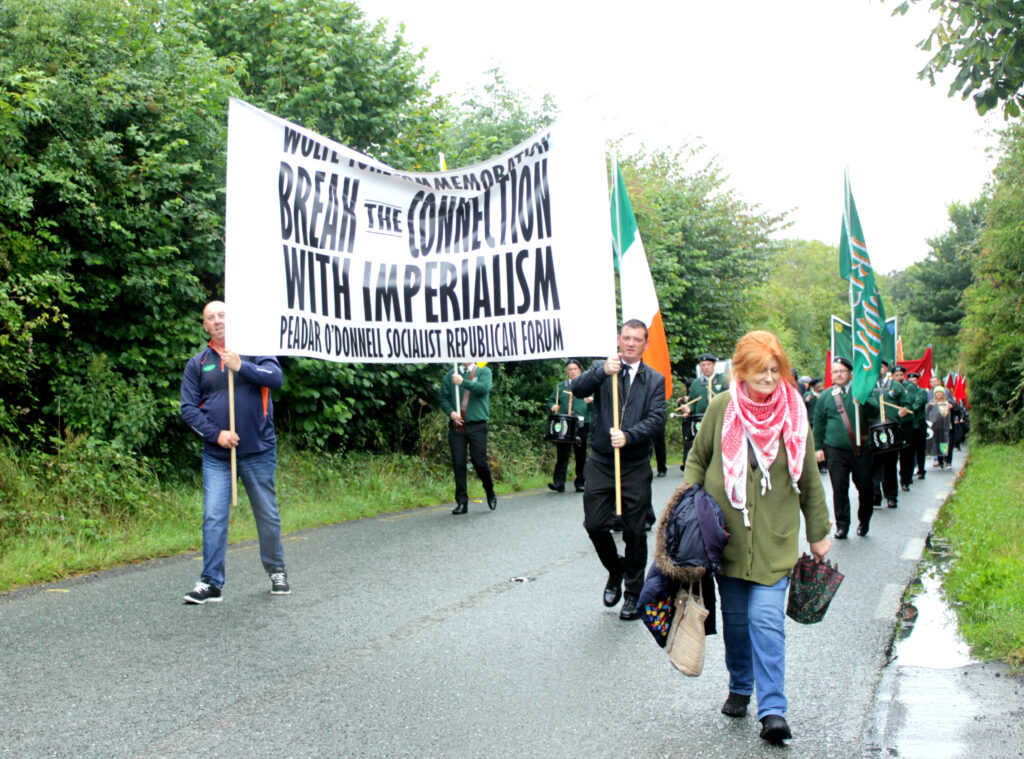 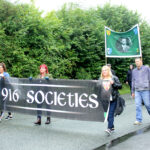 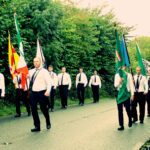 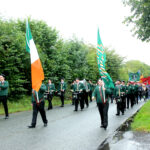